Processions 8 and 9am; Service at noon in DTLA 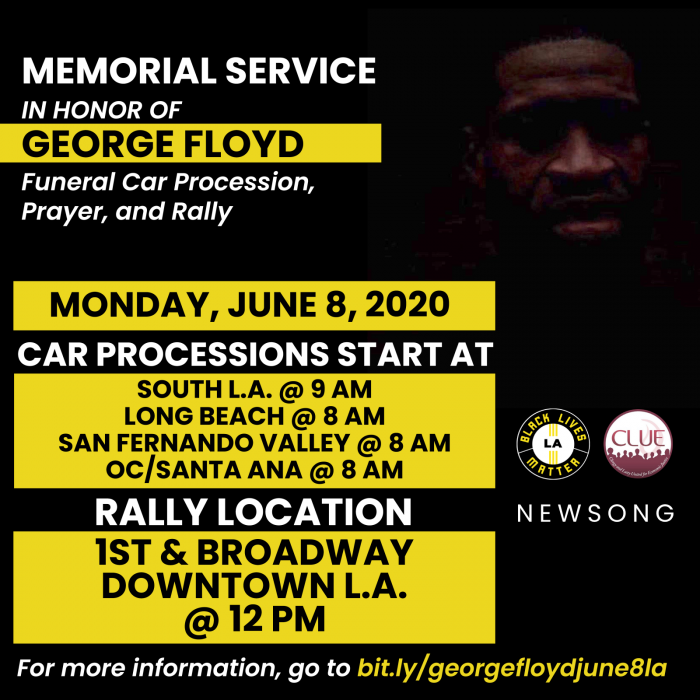 George Floyd’s death at the hands of four police officers in Minneapolis, Minnesota last week has sparked outrage across the nation leading to protests in every state and in hundreds of cities. His death has shaken the consciousness of America, exposing the institutionalized evils of racism and horrors of police violence.

Joined by interfaith leaders, labor, people of color, immigrants, community members, and victims of police brutality, Black Lives Matter-LA is set to hold a memorial service in Downtown Los Angeles on Monday, June 8th, honoring George Floyd and demanding justice for those killed by the hands of the police.

Thousands are expected to attend the memorial services consisting of four Car processions beginning in South Los Angeles, Long Beach, Orange County, and the San Fernando Valley. The progressions will converge in Los Angeles at the crossing of 1st St and Broadway Blvd.

The memorial will take place on the same day as George Floyd is laid to rest in his hometown of Houston, Texas.

WHAT:  Rally & Memorial Service in Honor of George Floyd